Weekly Report on Israeli Human Rights Violations in the Occupied Palestinian Territories (31 May 2001)
During this period, the Israeli occupation forces continued to use excessive force against Palestinian civilians. Such actions contradict statements made by the Israeli government regarding a cease-fire, which began on Tuesday, May 22 2001. According to information gathered during PCHR field observations, this “cease-fire” was characterized by the following:

There was no further shelling of Palestinian security and civilian facilities using surface-to-surface missiles, nor any further attacks by F-16 fighter jets and combat helicopters in Palestinian areas.

Approximately one and a half hours following this incident, Israeli occupation forces also killed ‘Alla’ ‘Aadel El-Bouji, 15, from Rafah, and injured two other children. Israeli occupation soldiers, using guns fitted with silencers, fired at a number of Palestinian children who were demonstrating in Tal Al-Sultan neighborhood in the west of Rafah. The children were demonstrating approximately 200m away from the Israeli forces. The children did not pose any threat to the lives of the Israeli soldiers.

On Tuesday, May 29, 2001, Israeli occupation soldiers, including members of an undercover unit, opened fire on a number of Palestinian civilians at a military roadblock of the Israeli forces to the south of Jericho who were waiting in a taxi to cross the roadblock. Ahmed Hassan Heleila, 20, from Aqabat Jaber refugee camp, was killed. Two other civilians injured in the incident were arrested, along with the taxi driver.

The Israeli occupation forces continued to shell Palestinian houses and civilian facilities, particularly in Rafah, Khan Yunis, Gaza, Beit Jala, Bethlehem, Jenin and Tubas. On Thursday, May 24, 2001, Beit Jala and Bethlehem came under intensive shelling by the Israeli occupation forces. A number of civilian facilities, institutions and schools were damaged and a number of civilians were injured.

On Friday, May 25, 2001, at approximately 15:00 local time, Israeli occupation forces, positioned at the Egyptian border south of Rafah, fired artillery shells at Palestinian houses adjacent to the border. Eight Palestinians, including five children and a medic, sustained shrapnel wounds. 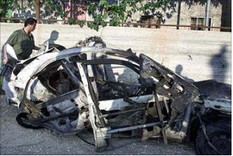 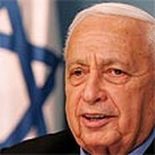 Israel's prime minister, Ariel Sharon, looked at risk of opening a rift with his rightwing constituency yesterday because he used his son as a secret emissary to the Palestinian leader, Yasser Arafat. The prime minister's use of his businessman son, Omri, 36, who is regarded as the mastermind of Mr Sharon's election victory last February, raised hackles in expected quarters: the foreign ministry, legal circles, and the left. But Mr Sharon is also under fire from far-right members of his coalition.

On Sunday, Israel's attorney general, Elyakim Rubinstein, told Mr Sharon that sending his son to talk to Mr Arafat violated the spirit of a ban on government officials giving jobs to their relatives. The Omri Sharon met the Palestinian leader twice this month, and met Mr Arafat's financial adviser in Vienna in January.

"Sending a family member on diplomatic missions is not acceptable in a properly conducted state," Mr Rubinstein said.

Mr Sharon argues that sending his son would be seen as a demonstration of his sincerity by Mr Arafat, who shares his prediliction for mixing the personal with the political.

"Sharon said something very interesting: that he sent his son to Mr Arafat because in the Middle East that kind of gesture is appreciated by leaders," said a rightwing author, Yossi Klein Halevy.

But this nod to Middle Eastern custom was not appreciated by members of Mr Sharon's coalition who accused him yesterday of breaking an election pledge not to negotiate with the Palestinians until they end their uprising.
Weekly Report: On Israeli Human Rights Violations in the Occupied Palestinian Territory (12 April 2001)
· Beit Lahia and Deir El-Balah are shelled with surface to surface missiles;
· A man is assassinated in Jenin;
· Nine Palestinians are killed by the Israeli occupation forces, including a physician and two children;
· Thirty houses are destroyed or demolished in Khan Yuins, making 500 Palestinian civilians become homeless;
· Dozens of Palestinian civilians are wounded with live and rubber-coated metal bullets fired by the Israeli occupation forces;
· Palestinian houses and civilian facilities are shelled; and
· More land is leveled and more houses and civilian facilities are demolished.

April
Iyad Mahmoud Nayef Hardan 27 year-old, resident of Araba, Jenin district, killed on 05 Apr 2001 next to Jenin, by explosion, He was the object of a targeted killing. Additional information: Killed when the public telephone he was speaking on exploded.
Weekly Report: On Israeli Human Rights Violations in the Occupied Palestinian Territory (04 April 2001)
· Israeli occupation forces combat helicopters shell Gaza and Rafah;
· Man assassinated in Rafah
· Nine Palestinian civilians are killed by the Israeli occupation forces;
· Dozens of Palestinian civilians are wounded with live and rubber-coated metal bullets fired by the Israeli occupation forces;
· A number of Palestinian medical personnel are wounded; and
· More land is leveled and more houses and civilian facilities are demolished.
Page: 13 - 12 - 11 - 10 - 9 - 8 - 7 - 6 - 5 - 4 - 3 - 2 - 1
Powered by