Among the victims was a child who died in a willful killing by Israeli police.

This week, Israeli warplanes and combat helicopter attacked civilian and security facilities in heavily populated areas in the Gaza Strip, causing severe damage to these facilities and nearby buildings and injuring dozens of Palestinians, including several journalists.

On Sunday, 10 February, Israeli F-16 fighter jets attacked Ansar security compound in Gaza. The compound was destroyed and nearby Palestinian and international institutions were severely damaged and more than 20 Palestinians were injured.

In addition, a number of Palestinian civilians, including a child, were injured.

On Monday, 11 February, Israeli warplanes and combat helicopters attacked Al-Saraya security compound in Gaza, which houses the Gaza central prison. The compound and dozens of nearby houses and civilian facilities were severely damaged. In addition, dozens, including four journalists, were injured.

This week, Israeli forces invaded areas under the control of the Palestinian National Authority. The largest invasion targeted Beit Hanoun, Beit Lahia, and Deir El-Balah in the Gaza Strip. Five Palestinians were killed and dozens were arrested.

A woman from Rafah died when Israeli forces at roadblocks obstructed her access to hospital.
1 febr 2002

Sharon regrets not killing Arafat during Israeli invasion of Lebanon 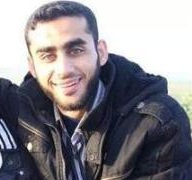 Israel should have "eliminated" Yasser Arafat 20 years ago, the prime minister, Ariel Sharon, says in an interview published today. Eliminating the Palestinian leader during the invasion of Lebanon in 1982 would have saved many lives, Mr Sharon says, but there was a deal that he would not be harmed.

As the Israeli defence minister during the invasion, Mr Sharon dispatched tanks and troops to Beirut, where they bottled up Mr Arafat and his PLO fighters.

An internationally brokered deal then led to their evacuation by sea.

In the interview, published today in the Israeli newspaper Maariv, Mr Sharon is asked: "Why didn't you eliminate Arafat during the Lebanese war?"

He replies: "We had a commitment, and commitments must be honoured."

Q: Do you regret it?

A: No doubt. He has caused us many casualties and heavy damage.

Q: Today, do you regret it?

A: Certainly, yes. But we had a commitment not to do it.

Q: What if you had done it?

A: Our situation today would have been a lot better.

The Palestinian leader is currently under virtual house arrest in his Ramallah office, surrounded by Israeli tanks.

Palestinian cabinet member Saeb Erekat said yesterday: "I think this reflects what has been always said - that Sharon is trying to finish what he began in 1982.

"For prime ministers to announce openly their gangster intention is a reflection of what kind of government we're dealing with."

Although Mr Sharon has declared the Palestinian leader "irrelevant" and tried to isolate him, he says in the Maariv interview that he would again consider Mr Arafat as a peace partner if he met all Israel's security demands.

"If Arafat will take the steps being asked of him, he would return to being our partner in negotiations," Mr Sharon says. "There is an answer to the issue of terror."

In the interview, Mr Sharon is asked about a peace plan worked out last December between the foreign minister, Shimon Peres, and Ahmed Qurei, the speaker of the Palestinian parliament, which proposed declaring an interim Palestinian state on the land that is already under Palestinian Authority control.

Mr Sharon says he does not support the plan, but suggests that "an agreement can be derived from the proposal that will end the conflict".

With Mr Arafat's cooperation, he says, the conflict will end with "an independent Palestinian state. For a true peace, I'm ready to give up pieces of Israel."
Powered by