An Israeli prosecutor on Sunday called for a 12-year-prison term against a Palestinian minor for allegedly attempting to stab Jewish settlers to death last year in Occupied Jerusalem.

This came during a hearing held for Ahmed Manasra, a 14-year-old boy from east Jerusalem, at the Jerusalem District Court on Sunday.

The court judges decided to hold another hearing for Manasra on November 7 to hand down a final ruling on the case.

Manasra was convicted in May this year of the attempted murder of two settlers in a stabbing attack last October.

He was 13 when he carried out the attack with his 15-year-old cousin Hasan Manasra. The two cousins reportedly stabbed a Jewish young man and a boy in the settlement of Pisgat Zeev in annexed east Jerusalem.

Hassan Manasra was shot dead by security forces while Ahmed Manasra was hit by a settler's car at the time.
24 sept 2016
IOF arrests 1000 Palestinian children

The Israeli Occupation Forces (IOF) arrested since the beginning of 2016 more than 1000 Palestinian minors aged between 11 and 18, a rights group revealed.

The Palestinian committee for prisoners’ affairs affirmed in a statement issued Saturday afternoon that detained Palestinian minors are subjected to inhuman treatment at the hands of Israeli jailers.

The detained minors’ number has increased by 80% in comparison with 2015, the committee added.

The statement pointed out that some of the detained minors were held under administrative detention according to which they are detained without charge or trial.

Some others were subjected to high prison sentences with heavy fines, according to the statement.

Since the start of the year, 70 Jerusalemite children were placed under house arrest. The committee underlined that Israeli jailers systematically practice torture against the detained minors.
22 sept 2016
Israeli court releases 13-year-old girl 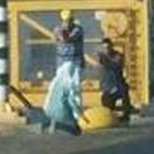 Salem Military Court decided not to extend the 13-year-old detainee Baraa Awissi’s detention after investigation revealed she did not attempt a stabbing attack.

The lawyer Salah Ayoub said that he will visit the detainee on Thursday to check on her detention conditions. Awissi was arrested last Wednesday when Israeli forces opened fire at her without prior notice at Qalqilia military checkpoint under the pretext of suspecting she had a knife in her possession.

The detained girl was injured during the shooting. Following the incident, Israeli media sources revealed that Awissi was on her way to school when she was shot and injured by Israeli soldiers.

The sources affirmed that she did not pose any threat to the soldiers as she was not having any knife in her possession.
21 sept 2016
14-year-old Palestinian girl shot, injured by Israeli army 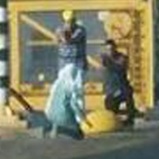 A 14-year-old Palestinian girl was shot and injured by the Israeli occupation forces on Wednesday morning at a military checkpoint in the northern West Bank province of Qalqilya on claims of a stabbing attempt.

A PIC news correspondent said a Palestinian girl was left bleeding on Road 55 between the illegal Israeli settlements of Alfei Menashe and Karni Shomron.

According to the Israeli news site 0404, the Palestinian child sustained injuries while there were no reports of injuries or damage befalling the occupation soldiers.

According to eyewitness testimonies, the child was on her way to school, carrying only her bag. She was reportedly shot by the occupation soldiers while she posed no threat to them.

Right away, the Israeli military forces summoned military reinforcement and sealed off the shooting scene.

A report by the Defense for Children International (DCI) on Tuesday documented the murder of 31 Palestinian children, boys and girls, by the Israeli occupation army on claims of attempted anti-occupation attacks.

However, probes by DCI have shown that the casualties posed no threat to the Israeli soldiers, which proves that the murders were cases of extrajudicial killings.

A Palestinian child was shot and wounded by the Israeli military Wednesday morning when she allegedly failed to heed a soldier’s order to ‘stop’ as she approached a military roadblock.

Israeli troops then locked down the roadblock and transported the wounded child to the Meir Hospital in Kfar Sava.

The child was shot at a roadblock near the illegal Israeli settlement of Alfei Menashe, near Qalqilia in the northern part of the West Bank.

She is the niece of a 24-year old Palestinian woman who was killed in November at a military roadblock in the same area. In that incident, 24-year old Rasha Ahmad Hamed ‘Oweissi approached the roadblock from afar, holding a knife in her hand and a suicide letter in her bag. She was shot by a soldier while she was still at least 30 feet away from the roadblock.

Following Wednesday’s shooting of the young girl, the Israeli military claimed that the girl “told them during interrogation” that she had “come there to die” – but Israeli military initial reports on incidents are usually discredited soon after they are made.

The child had no weapon anywhere on her body or in any of her belongings.

The Israeli Prime Minister told his cabinet earlier this week that all soldiers should be ordered to be on ‘heightened alert’ in preparation for upcoming Jewish holidays.

According to the Israeli daily Ha’aretz, Israeli Prime Minister Binyamin Netanyahu stated, “The security forces are on heightened alert and I will meet with them today in order to ensure that we will be ready to defend our people during this sensitive period”.

A 13-year-old Palestinian girl attempted to carry out a stabbing at checkpoint near Alfei Menashe; security forces ordered her to stop, but she kept walking and reached into her shirt, at which point she was neutralized.

A 13-year-old Palestinian girl tried to stab soldiers at the Eliyahu checkpoint near Alfei Menashe in the West Bank on Wednesday morning, telling security officials afterwards: "I came here to die."

The girl arrived at the checkpoint on foot and approached vehicles carrying a bag. Crossings Authority security guards ordered the girl to stop and fired warning shots into the air. The girl ignored them and continued moving forward. When she put her hand under her shirt, security guards shot her in the leg, lightly-to-moderately wounding her.

None were hurt on the Israeli side.

This is the 11th attempted attack in the last six days and occurred the day after a 16 year-old terrorist tried to stab soldiers at a checkpoint in Bani Na'im, near Hebron.
20 sept 2016
PPS: “Israeli Soldiers Kidnap 33 Palestinians In The West Bank, Including Twelve In Jerusalem”

The Palestinian Prisoners Society (PPS) has reported that Israeli soldiers have kidnapped, overnight and at dawn Tuesday, 33 Palestinians, including many children, in different parts of the occupied West Bank – twelve of them were kidnapped in Jerusalem.

The PPS said the soldiers invaded, at dawn Tuesday, many homes in the al-‘Eesawiyya town, in occupied Jerusalem, violently searched them and kidnapped nine Palestinians.

In the Central West Bank district of Ramallah, the soldiers searched many homes and kidnapped seven Palestinians, largely from the al-Jalazoun refugee camp.

In the Hebron district, in the southern part of the occupied West Bank, the soldiers searched homes and kidnapped two Palestinians, identified as Hamad Samir Hassan and Mohammad Arafat Abu Sbeih, 20.

In Nablus, in the northern part of the West Bank, the soldiers stormed and searched homes and kidnapped two Palestinians, identified as Mohammad Razeq Zreiq, 19, and Omar Shakhsheer.

In Jenin, also in the northern part of the West Bank, the soldiers kidnapped a Journalist, identified as Mos’ab Zyoud, in addition to Mohammad Fahd Souqiyya.

In The northern West Bank district of Tulkarem, the soldiers kidnapped one Palestinian, identified as Raed Rashid Kharbat.

On Monday at night, the soldiers searched several homes in occupied Jerusalem, and kidnapped three siblings, identified as Ammar, Ala and Luay al-Kurd, in their twenties.

The soldiers also kidnapped two children, identified as Hussein Ateyya and Hani Dirbas, from their homes in Jerusalem, and released them several hours later.
19 sept 2016
Israeli Soldiers Kidnap 25 Palestinians In The West Bank 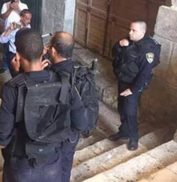 Israeli soldiers have kidnapped, on Monday at dawn and Sunday evening, at least 25 Palestinians, including several children, in different parts of the occupied West Bank, the Palestinian Prisoners Society (PPS) has reported.

The Jenin office of the PPS, in the northern part of the occupied West Bank, said the soldiers kidnapped six Palestinians, including three children, in the district.

In Bethlehem, the soldiers kidnapped four Palestinians, identified as Hasanen Hasan Shouka, 57, a father of two detainees, in addition to former political prisoner Mohannad Jabr, Adalah Khader Ta’mari, 52, and her son Ayatollah Shouka, 19, after invading their homes and searching them.

It is worth mentioning that Adalah is the widow of Mohammad Shehada, who was assassinated by the army along with three other Palestinians on March 12, 2008.

In Hebron district, in the southern part of the West Bank, the soldiers invaded and searched many homes, and kidnapped four Palestinians identified as Fayez Ibrahim Zeidat, 34, Ali Mahmoud Zeidat, 32, Abdullah Shahin, and a former political prisoner, identified as Akram Fseesy, 34.

One of the invaded homes belongs to the family of Omar Arafat Za’aqeeq, 19, who was killed by the army on November 27, 2015.

The kidnapped have been identified as Hamza Adeeb Khalaf, 25, from Kufur Abboush town, near Tulkarem, in addition to Ahmad Taleb Makkawi, 19, from Balata refugee camp, in Nablus, and Omar Emad Reehan, 19, from Tal village, south of Nablus, and a young woman, identified as Ghada Awwad, 22.

In Salfit, in central West Bank, the soldiers kidnapped one Palestinian, identified as Ayman Aziz Jabr, 47.

In occupied Jerusalem, the soldiers kidnapped Rashad Eskafi and Ayman al-Kurd, who was shot and injured prior to his arrest allegedly after he stabbed soldiers.

Eight members of the same family were injured in Silwan town, in Occupied Jerusalem, and two others were kidnapped by the Israeli occupation forces (IOF) Monday afternoon following an assault on Palestinian family homes.

Eight family members, including a woman and children, sustained bruises and face burns as a result of heavy pepper spray.