Turkey-based Fide Association for Palestine Children is about to launch an e-campaign under the slogan “The Right to Childhood” on the occasion of the Universal Children’s Day in an attempt to expose Israeli crimes against Palestinian minors.

Fide said the campaign is to kick off on November 20 and will include photos of the Israeli crackdowns against Palestinian children.

Fide will spotlight the Israeli violations of children’s rights in the field of education, along with the traumatic fallouts of the tough siege and military offensive on Gaza.

Snapshots of Israel’s arbitrary abductions of Palestinian children will also be put on display.

A tweet by Fide called for a mass participation in the campaign so as to mobilize support for Palestinian children and stand up for their rights across international forums.

The Universal Children’s Day is annually marked on November 20.

The United Nations Convention on the Rights of the Child acknowledged children’s rights to life, health care, education, leisure, and protection from all forms of violence and abuses, rights that have been ceaselessly violated by the Israeli occupation forces and authorities across the occupied Palestinian territories.
Israeli court extends detention of 3 minors

The minors’ lawyer Mohamed Mahmoud affirmed that the detention of Ahmed Mahmoud, 14, Samir Atia, 15, and Tareq Firas, 14, was extended till Friday.

The three minors were accused of throwing stones and Molotov cocktails at Israeli soldiers, the lawyer pointed out.

The four minors were arrested at dawn Thursday from their family houses in Issawia town in occupied Jerusalem.

On the other hand, the court also extended the arrest of the young man Shadi Alyan from Jabal Mukaber till next Monday.

Alyan was arrested at dawn Thursday from his house for “incitement” on social media.

His laptop and personal belongings were confiscated during the raid.

Along the same line, Israeli Central court sentenced the prisoner Haithem Taha, 47, for 25 months imprisonment and a fine of 1,300 dollars.

Taha was previously arrested more than once and held under house arrest for several years.
DCIP Calls on EU to Hold Israel Accountable

Defense for Children International – Palestine urged the European Union, during a meeting on Thursday, to pressure Israeli authorities to end ill-treatment of Palestinian children in the Israeli military detention system.

Khaled Quzmar, the general director of DCIP, addressed the European Parliament’s Delegation for relations with Palestine in Brussels during a meeting on the plight of Palestinian child prisoners. Quzmar focused on the effects of escalating violence across the occupied West Bank, including East Jerusalem, since October 2015, and the rapidly deteriorating situation facing Palestinian children living under prolonged Israeli military occupation. He called on members to hold Israeli authorities accountable to international law and end systemic impunity for grave violations against Palestinian children.

“These increasingly harsh practices and laws prioritize the criminalization and punishment of children in complete disregard of international law.”

The European Parliament currently has 44 delegations that aim to promote the “principles of liberty, democracy, respect for human rights and fundamental freedoms, and the rule of law” in non-EU countries. The Delegation for relations with Palestine was established in 1993.

Israel has the dubious distinction of being the only country in the world that systematically prosecutes between 500 and 700 children in military courts each year. A recent report released by DCIP in April found three out of four Palestinian children endured some form of physical violence following arrest, and 97 percent of children had no parent present during the interrogation or access to legal counsel.

Israel held 440 Palestinian children in custody at the end of February 2016, more than twice the monthly average since 2011 and the highest number at any given point since the Israel Prison Service began releasing data in 2008.

Administrative detention permits military commanders or government officials to incarcerate individuals without charge or trial, based on secret evidence.

The Palestinian Prisoners Society (PPS) has reported that Israeli soldiers have abducted, overnight and earlier Thursday, at least nineteen Palestinians, including two young women, and children, in different parts of the occupied West Bank.

The Jerusalem office of the PPS said the soldiers abducted six Palestinians from the al-‘Eesawiyya town, and Jabal al-Mokabber neighborhood, in occupied Jerusalem, and took them to interrogation centers.

In Bethlehem, the soldiers stormed into and searched many homes, and abducted five Palestinians, including a young woman.

In Hebron, in the southern part of the West Bank, the soldiers invaded and searched homes, and abducted three Palestinians, including a young woman.

They have been identified as Alaa’ Hussam al-Hjouj, 26, Hatem Mahmoud Abu Fannar and Ahmad Khader al-Hroub.

In Jenin, in the northern part of the West Bank, the soldiers kidnapped Fahed Za’rour, and two siblings identified as Ahmad and Khaled ‘Ayed Yahia.

Updated – 11:44 AM: The soldiers invaded Nablus, in the northern part of the West Bank, and kidnapped two Palestinians, identified as Ma’an Emad Abu Tammoun, 25, and Jawad Mohammad Hajj Mohammad, 35.

The Palestinian Prisoners Society (PPS) has reported that the soldiers invaded homes in the al-‘Arroub refugee camp, north of Hebron, in the southern part of the West Bank, kidnapped two Palestinians, identified as Ibrahim Atallah Jawabra, 25, and Jamal Abu Warda, 22, and confiscated surveillance tapes and equipment.

In Bethlehem, the soldiers searched a number of homes, and kidnapped Wa’el Abu Sbeih, 18, and Mohammad Issa Hmeid, 18.

In Jerusalem, the soldiers also searched homes and kidnapped a child, identified as Ahmad Morrar, 12, in addition to Abdul-Rahim Barbar.

Furthermore, the soldiers Zabbouba village, west of Jenin, in the northern part of the occupied West Bank, and the al-Far’a refugee camp, south of Tubas, in northeastern West Bank, and abducted one Palestinian, identified as Raed Ahmad Sobeh, 45.
14 nov 2016
Israeli Soldiers Abduct Two Children, A Young Man, In Jerusalem

The soldiers searched homes during the invasion, and interrogated many Palestinians, before abducting a young man, identified as Hamza Hamada Taha, and two children, identified as Yazan Mohammad Harafsha, 14, and his brother Ayham, 13.

The three Palestinians were handcuffed and blindfolded, before the soldiers took them to an unknown destination. 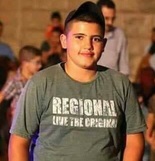 The Palestinian Prisoners Society (PPS) has reported that Israeli soldiers have abducted, overnight and earlier Monday, at least ten Palestinians, including a child, in different parts of the occupied West Bank, and injured five Palestinians near Jericho, including one who suffered serious wounds.

The Hebron office of the PPS, in the southern part of the West Bank, said the soldiers invaded and searched many homes in the Hebron district, including the city itself, and abducted seven Palestinians.

In Bethlehem, the soldiers abducted a child, identified as Mohammad Ibrahim Abu Yabes, 15, and summoned two others from Doha town, west of Bethlehem, for interrogation.

In Tulkarem, in the northern part of the West Bank, the soldiers abducted a man, identified as Hussein Nawwaf Jallad, 40.

In Nablus, also in the northern part of the occupied West Bank, media sources have reported that clashes took place between dozens of soldiers and local youths, after the army invaded the city, and stormed dorms for female students.

Furthermore, the soldiers invaded al-‘Oja village, northeast of Jericho, and clashes with local youths, who hurled stones and empty bottles at the military jeeps, while the soldiers fired live rounds, gas bombs and rubber-coated steel bullets.

Medical sources said five Palestinians were injured, including one who suffered serious wounds before he was moved to a local hospital.
Israeli authorities prevent 2 children from visiting jailed father

The Israeli occupation authorities (IOA) on Sunday banned two Palestinian children from visiting their father in the Israeli Rimon jail.

A PIC news correspondent said the IOA banned eight-year-old Yamen and six-year-old Mohamed from visiting their father, Wael al-Arja, in the Rimon lock-up.

The Israeli occupation army prevented the children from passing through al-Dhahriya checkpoint, in southern al-Khalil, to reach out to their father, whom they said they missed a lot.

Both Yamen and Mohamed have not had contact with their father for the fifth month running due to an Israeli visit-ban.

According to the Palestinian Prisoner Society (PPS), Israeli jailers claimed there was no ambulance to transport Zaidat from the infirmary of the Ramla prison to Ofer court.

The PPS lawyer, who defends the child, said the boy was supposed to attend the court hearing held for him personally, adding that he filed an appeal to the court against the Israeli decision to extend the detention of Zaidat until the end of legal procedures.

Zaidat was detained last September after Israeli soldiers shot him in the leg and back, and moved at the time to Shaare Zedek Hospital, where he underwent a transplant platinum operation in the foot, then stayed for three weeks in the hospital, and later transferred to the Ramla prison infirmary.
13 nov 2016
PPS: “Israeli Soldiers Kidnap Ten Palestinians In Different Parts Of The Occupied West Bank” 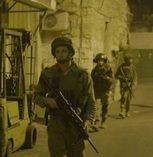 The Palestinian Prisoners Society (PPS) has reported that Israeli soldiers kidnapped, on Sunday at dawn, at least ten Palestinians, including six children, in different parts of the occupied West Bank, including in occupied East Jerusalem.

The soldiers also summoned five Palestinians from the refugee camp, and one from Beit Fajjar, south of Bethlehem, for interrogation at the Etzion military base and security center.

In Jerusalem, the soldiers invaded and searched many homes, and kidnapped Zayed Edkeidik, his son Ahmad, 13, and four siblings, identified as Ayham, 13, Omar, 14, and Ahmad Za’anin, 16, and Bahjat ar-Razem, 13.