A Palestinian woman Thursday was sentenced to five years in Israeli prison for allegedly plotting a stab attack in occupied East Jerusalem, while a 13-year-old Palestinian was also released on bail after being detained earlier in the week for allegedly throwing stones at Israeli soldiers.

The Jerusalem District Court sentenced 29-year-old Ataya Abu Aisha from the village of Kafr Aqab in the occupied West Bank district of Jerusalem to five years in Israeli prison for planning to carry out a stab attack with a screwdriver in December 2015, according to Israeli media outlet Ynet.

She was detained by Israeli forces at Damascus Gate outside the Old City in East Jerusalem after reportedly “arousing the suspicions of police officers,” who searched her and allegedly discovered a screwdriver they claim was to be used in an attack.

Meanwhile, in a separate incident, an Israeli court issued a final sentence against 13-year-old Palestinian Samir Raja Daraghmeh, releasing him from Israeli prison on a 1,500 shekel ($389) bail after he was detained on Monday for allegedly throwing stones at Israeli settlers’ vehicles in the northern West Bank, according to Munther Abu Ahmad, a lawyer from the Palestinian Prisoner’s Society (PPS).

While Daraghmeh was initially reported as being 15-years-old, PPS has reported his age as 13.

Ahmad highlighted that the teenager was to be released by Israeli authorities this week, but his detention was extended on Tuesday after an appeal was presented by the Israeli prosecution objecting to the boy’s release.

Abu Ahmad said on Tuesday that Israeli authorities accused Samir of rock-throwing and claimed that he represented “a threat to the safety of the public.”

Samir is from the village of al-Lubban al-Sharqiya in the northern occupied West Bank district of Nablus, and according to Abu Ahmad, he suffers from medical issues after sustaining injuries in a car accident and having parts of his kidneys and liver removed last year.

Israeli police spokeswoman Luba al-Samri said Monday that Samir was among a number of Palestinian minors who were throwing stones at Israeli cars on Route 60 opposite al-Lubban al-Sharqiya, but Israeli forces were unable to detain the others involved in the alleged rock throwing.

Palestinians have faced a crackdown by Israeli authorities over the past year, including facing harsh prison sentences if caught throwing stones at Israeli soldiers or settlers, while hundreds of Palestinian minors are detained each year for alleged stone throwing.

On Thursday, the body of 15-year-old slain Palestinian Khalid Bahr Ahmad Bahr was set to be released to his family after his body was held for 57 days following the teenager being shot dead by Israeli forces for allegedly throwing stones at a group of Israeli soldiers.

Palestinians have claimed that rock throwing by teenagers represents a natural reaction to the frustrations caused by the nearly half-century Israeli military occupation of the West Bank, including East Jerusalem, which has been shaped by everyday forms of violence, such as nightly military raids into Palestinian communities, arbitrary detentions, home demolitions, and frequent killings of Palestinians by Israeli forces.
Israeli Soldiers Abduct 24 Palestinians, Including Nine Children And A Woman, In Jerusalem

Israeli soldiers invaded, overnight and during early dawn hours Thursday, dozens of homes in different parts of occupied East Jerusalem, and violently searched them, before abducting 24 Palestinians, including one woman and nine children.

The Wadi Hilweh Information Center in Silwan (Silwanic), in Jerusalem, said most of the abductions and home invasions were forced in Silwan, al-‘Eesawiyya, at-Tour and the Old City, and added that the searches caused excessive damage.

It identified seventeen of the abducted Palestinians as;

The IOF claimed that ten “wanted” Palestinians were arrested overnight for being involved in anti-occupation attacks.

The sources pointed out that four arrests were carried out in Nablus, while three others were reported in Bethlehem.

Weapons and some amount of money were found during the raid, the sources claimed.

Five youths, including ex-detainees, were detained during the campaign.

His family members were brutally attacked during the raid.

Two 14-year-old boys were arrested from their houses in Beit Fujar town, south of Bethlehem.

Several houses were also stormed and searched east of Nablus where two locals were arrested including a university student.
12 dec 2016
PPS: Israeli Soldiers Abduct Sixteen Palestinians In The West Bank 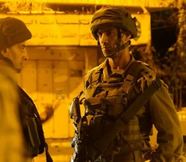 Israeli soldiers abducted, on Monday at dawn, sixteen Palestinians, including children, from their homes in different parts of the occupied West Bank, including Jerusalem, the Palestinian Prisoners’ Society (PPS) has reported.

The Hebron office of the PPS, in the southern part of the West Bank, said the soldiers invaded many homes in various parts of the district, and violently searched them before abducting six Palestinians, mainly from the al-‘Arroub refugee camp..

It is worth mentioning that Khader is the brother of ‘Omar Madhi, who was killed by Israeli army fire on February 10, 2016.

In addition, the soldiers abducted Abdul-Rahman Hamdan, from his home in Beit Sira town, west of Ramallah.

In Jenin, in the northern part of the West Bank, the soldiers abducted Mos’ab Mahmoud Halayqa, 22, after invading his home and searching it.
10 dec 2016
Palestinian minor arrested at military checkpoint in Qalqilia

The Palestinian liaison office affirmed that the 16-year-old girl Nawres Zamari was arrested when she approached Eliyahu military checkpoint.

The Israeli soldiers fired warning shots into the air before her arrest, the sources added.

The girl was then taken to an unknown detention center.

The occupied Palestinian territories have witnessed increased tensions ever since Israeli forces imposed restrictions on the entry of Palestinian worshipers into the al-Aqsa Mosque compound in occupied Jerusalem in August 2015.

More than 250 Palestinians have lost their lives at the hands of Israeli forces in the tensions since the beginning of October 2015.
7 dec 2016
PPS: “Israeli Soldiers Abduct 16 Palestinians In The West Bank”

The Palestinian Prisoners Society (PPS) has reported that Israeli soldiers abducted, on Wednesday at dawn, 16 Palestinians, including a child, only 12 years of age, during home invasions and violent searches, in different parts of the occupied West Bank, including occupied East Jerusalem.

The PPS office in Bethlehem, said the soldiers invaded several communities in the district, searched homes, and abducted five Palestinians, including a child.

In Hebron, in the southern part of the West Bank, the soldiers abducted four Palestinians, identified as Sa’id Saqer Sha’rawi, 43, his son Ramadan, 23, Basel Eskafi, and Rajeh Abu ‘Ajamiyya, 45, who is also a former political prisoner.

In addition, the PPS in Ramallah said the soldiers also invaded and searched homes, and kidnapped two Palestinians, identified as Ahmad Hasan Khaseeb and Nidal Hindiyya.

In Qalqilia, in the northern part of the West Bank, the soldiers abducted Mohammad Ali Radwan, 24, and ‘Assem Omar Sweidan, 21.

In Salfit, the army abducted Ahmad Mohammad Bouziyya, 26, after invading his home and searching it.

In occupied Jerusalem, the soldiers abducted Odah Ahmad Khatib, 20, and Amin Hamed, during invasions of many homes in the city, and several surrounding communities.

On Tuesday at night, the soldiers abducted a child, identified as Ahmad Dandees, 14, from his home in Jerusalem.
6 dec 2016
IOF soldiers arrest two Palestinian schoolchildren in Nablus

The Israeli occupation forces (IOF) arrested on Tuesday two Palestinian children from al-Sawiyeh\ Lubban school in Nablus to the north of the West Bank.

Director of public relations in the Directorate of Education south of Nablus, Anwar Dawabsheh, said that an Israeli patrol arrested Aref Tabl and Ibraheem Deek, both 11 years old, from the sixth grade, and took them to an unknown destination.