The Israeli occupation police on Wednesday evening kidnapped a Palestinian child on claims that he snatched a gun from an Israeli soldier.

The Israeli police said in a statement they received a notification about an attempt by a Palestinian child to snatch a gun in Lod city, in 1948 Occupied Palestine.

The child is reportedly aged 13 and is a resident of the Lod city.

He was arrested right on the spot and dragged to an investigation center.

Recently, several Palestinians were kidnapped by the Israeli police on claims that they carried out anti-occupation attacks against Israeli soldiers.
14 feb 2017
Palestinian teenage girl convicted of 'attempted murder' in Jerusalem court 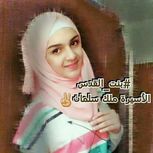 The Israeli magistrate's court in Jerusalem convicted an imprisoned Palestinian teenage girl on charges of attempted murder and possession of a knife on Tuesday.

According to the defense lawyer Ramzi Kteilat, 17-year-old Malak Muhammad Salman was convicted for allegedly attempting to stab Israeli officers on Feb. 9, 2016 at the Damascus Gate entrance to occupied East Jerusalem's Old City.

Israeli police claimed at the time that they stopped Salman for "moving in a suspicious way," and then asked her to open her bag for inspection, when the teen allegedly pulled out a knife and attempted to stab the officers who “quickly controlled her without injuries."

Salman has been held in Israel’s HaSharon prison since her detention, and Kteilat said that the girl would have another court session for sentencing on March 26.

Salman’s conviction is the latest in an Israeli crackdown on young Jerusalemite Palestinians, many of them women, who have been accused of involvement in attacks, while Israeli authorities have ordered lengthy prison sentences for Palestinians as young as 14 years old in both East Jerusalem and the occupied West Bank.

Israeli forces have detained a number of Palestinians for allegedly being in possession of knives or having intentions to carry out attacks following a wave of unrest that began in October 2015, however, Israeli authorities' version of events have been challenged in a number of incidents, while rights groups have also widely documented the mistreatment, abuse, and torture of Palestinian youth in detention, and the harsh interrogation practices used to force their confessions.

Meanwhile, despite “on paper” having more rights than Palestinian children in the occupied West Bank who are subject to a draconian military detention system, in practice, Jerusalem minors “do not enjoy their enshrined rights” under a discriminatory Israeli civilian court system, according to rights group Defense for Children International - Palestine.

On Sunday, an Israeli court sentenced Huthaifa Ishaq Taha, a 17-year-old resident of the occupied East Jerusalem neighborhood of Kafr Aqab, to 12 years in prison over charges of attempting to carry out a stabbing attack in Jerusalem more than a year earlier.

Earlier this month, an Israeli court sentenced 16-year-old Manar Majdi Shweiki to six years in prison after being charged with knife possession and planning a stab attack.

Some of the harsher sentences to be handed down recently include a 35-year sentence to a 22-year-old Jerusalemite for allegedly assisting in a deadly stabbing attack, an eight-and-a-half-year sentence for an alleged stabbing attempt by a 17-year-old East Jerusalem girl, 16 years in prison for a 19-year-old Palestinian girl who was shot and injured while allegedly attempting to stab an Israeli settler, while a Palestinian youth was sentenced to 18 years in prison for allegedly throwing a rock at an Israeli vehicle that caused the death of an Israeli -- representing the harshest sentence ever handed down for stone-throwing.

According to Addameer, among those detained between October 2015 and August 2016 were 13 underage girls, some of whom were wounded when Israeli forces detained them.

The group has also reported on the treatment of Palestinian women prisoners by Israeli prison authorities, stating that the majority of Palestinian women detainees were subjected to "psychological torture" and "ill-treatment" by Israeli authorities, including "various forms of sexual violence that occur such as beatings, insults, threats, body searches, and sexually explicit harassment.”
Shocking testimony: Palestinian children traumatized in Israeli jail

A Palestinian academic sounded the alarm over the preplanned tactics of psycho-physical torture perpetrated against Palestinian children in Israeli jails.

Director of the research unit at the Treatment and Rehabilitation Center for Victims of Torture (TRC) referred to the dubious nature of a decision by the Israeli High Court to cease all forms of physical torture against the detainees.

However, the court rule legitimized the torture of those who fell under the “ticking bomb” blacklist, a category from which no Palestinian detainee seems to have been safe.

According to Sahwil, Israel categorizes as “ticking bombs” those who hold pieces of information that “might affect Israelis’ lives.”

The academic dubbed such a two-faced court rule “a cover to legitimize torture and grant Israeli investigators more protection and immunity.”

In Sahwil’s terms, facts on the ground prove that Tel Aviv is violating its obligations as a signatory of the Convention against Torture and Other Cruel, Inhuman or Degrading Treatment or Punishment.

The researcher said torture in Israeli jails often proceeds along the following four lines, respectively: Psycho-physical torment, internment in isolated cells, criminalization by calling the child a terrorist and a criminal until he/she internalizes that indignation and reaches a stage of self-loathing. The last stage revolves around a process of indoctrination and brainwashing to force the child to spy for Israel.

“Torture in Israeli jails does not just aim to force confession; it also seeks to dampen the children’s spirits and to paralyze them both intellectually and socially,” warned Sahwil. “Such policies aim to give birth to a generation of traumatized youth.”

Referring to the psychoanalytic studies, Sahwil said a child who had been subjected to torture and violence in his/her early childhood is also at high risk of internalizing violence and thus “behaving violently towards their family and society.”

He further spoke out against the psychotic disorders wrought by torture, most notably insomnia, nightmares, tachycardia, and voluntary solitude.

The center further documented cases of “immoral” violations and aggressions by the Israeli occupation soldiers against the Palestinian minors while being handcuffed and blindfolded.

“The most dangerous of such felonies are rape threats and molestation simulation. At a certain point, Israeli investigators start to take off their clothes and force the child to do the same until he/she is psychologically broken down,” said Sahwil.

“Even girls below the age of puberty are not safe from such torture tactics . . . at an age where they quite normally need psychological support,” he further stated.

The Convention against Torture and Other Cruel, Inhuman or Degrading Treatment or Punishment adopted and opened for signature, ratification and accession by General Assembly resolution 39/46 of 10 December 1984 and which entered into force on 26 June 1987 defined torture as: “any act by which severe pain or suffering, whether physical or mental, is intentionally inflicted on a person for such purposes as obtaining from him or a third person information or a confession, punishing him for an act he or a third person has committed or is suspected of having committed, or intimidating or coercing him or a third person, or for any reason based on discrimination of any kind.”

Article 2 of the convention also stipulated that: “No exceptional circumstances whatsoever, whether a state of war or a threat of war, internal political instability or any other public emergency, may be invoked as a justification of torture.”
Army Abducts Six Palestinians, Including Two Children, In West Bank 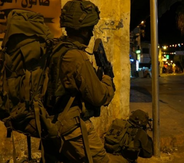 It added that the soldiers also invaded and searched homes in the southern West Bank district of Hebron, and abducted two Palestinians, identified as Arafat Ahmad Eghneimat and Zaher Abdul-Rahim Halayqa.

In occupied Jerusalem, the soldiers searched a few homes, and abducted a former political prisoner, identified as Midhat ‘Obeid, and another Palestinian, identified as Ahmad ‘Ateyya.

The Bethlehem office of the Palestinian Prisoners Society (PPS) said the soldiers invaded the home of Salam al-Masa’eed and violently searched it, before abducting his two children.

The PPS said the children have been identified as Mohammad, 15, and his brother, Anas, 14, and added that the soldiers cuffed them and took them to an unknown destination.
13 feb 2017
Israeli Soldiers Abduct Eight Palestinians In Bethlehem

Dozens of Israeli soldiers invaded, on Monday at dawn, several communities in the West Bank district of Bethlehem, violently searched many homes and abducted eight Palestinians, including two children, the Bethlehem office of the Palestinian Prisoners’ Society (PPS) said.

In addition, the soldiers invaded homes in ‘Aida refugee camp, north of Bethlehem, and abducted a child, identified as Adam Mahmoud Darweesh, 15.

The PPS also stated that the soldiers abducted Mazen Mohammad Zawahra, from his home in Doha town, west of Bethlehem, and Shafiq Ali Radayda, 50, from the al-‘Obeydiyya town, east of the city.
12 feb 2017
IOF arrests Palestinian youths over alleged stone-throwing at Beit El

The Israeli occupation forces (IOF) arrested two Palestinian youths on Sunday who were accused of throwing stones at settlers' houses northeast of al-Bireh city in the West Bank.

The Hebrew website 0404 claimed that Palestinian youths targeted houses of Israeli settlers living in Beit El settlement, which was built by force on Palestinian lands northeast of al-Bireh city.

According to the website, the IOF, using the surveillance cameras set up in the vicinity of the settlement, arrested two Palestinian young men suspected of being responsible for the stone-throwing attack which caused no injuries.

Meanwhile in Bethlehem city, the IOF announced in a statement on Sunday the detention of a 13-year-old Palestinian child from Aida refugee camp for allegedly throwing stones at Rachel’s Tomb.