On Tuesday, 28 August 2012, the Israeli Court ruled that Israel’s forces are not responsible for the death of U.S. peace activist Rachel Corrie, a decision that was strongly condemned by PCHR.

Today, an English translation of the ruling was published by the UK Human Rights Blog, stating that the bulldozer running over Rachel Corrie was a “very unfortunate accident and not a deliberate action.”

PCHR reiterates that this decision taking by Israel’s courts is one of the many extending immunity to Israel’s forces.
10 oct 2012 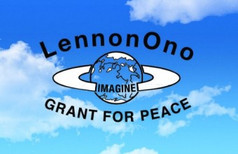 Rachel Corrie Foundation said in a press release that on behalf of peace activist Rachel Corrie, her parents Craig and Cindy Corrie today accepted the 2012 LennonOno Grant for Peace presented by Yoko Ono in Reykjavik, Iceland. Ono also presented grants to performing artist and activist Lady Gaga, author John Perkins (Tales of an Economic Hitman), and to the late author and journalist Christopher Hitchens (accepted by his widow Carol Blue Hitchens). At a ceremony in New York in September, three performers with the Russian band Pussy Riot, who remain imprisoned for their stand for freedom of speech and expression, also received the LennonOno award.

The October 9th event marks the birthdays of artist John Lennon and his son Sean.

Honoree Rachel Corrie was a 23-year-old American peace activist and human rights defender from Olympia, Washington, who was crushed to death by an Israeli military bulldozer March 16, 2003, as she stood nonviolently to prevent the demolition of a Palestinian family's home in Rafah, Gaza.

In the official announcement of the biennial award, IMAGINE PEACE notes the work of the Rachel Corrie Foundation to which the monetary grant prize has been given. "In the wake of her killing, the Rachel Corrie Foundation continues the work that Rachel Corrie began. The Foundation conducts programs that foster connections between people, that build understanding, respect, and appreciation for differences, and that promote cooperation within and between local and global communities. The Foundation encourages and supports grassroots efforts in pursuit of human rights and social, economic, and environmental justice, which they view as pre-requisites for world peace."

In August, a court in Haifa, Israel, dismissed the Corrie family's wrongful death civil lawsuit against the State of Israel for Rachel's killing. The verdict was widely condemned as setting dangerous precedent regarding protection of civilians, and putting at serious risk human rights defenders in war zones and armed conflict situations.

"Rachel would be greatly surprised and humbled by this recognition," Cindy Corrie said from Reykjavik, today. "Her hope would be that it could somehow contribute to bringing people together to work passionately for justice, and to do so with the utmost respect for the rights and lives of all human beings."

Rachel's father, Craig Corrie, added: "We are grateful that Ms. Ono has chosen to recognize our daughter in such a wonderful way. Rachel must be smiling somewhere to imagine her memory linked in any way with that of John Lennon. Perhaps they smile together."

Craig and Cindy Corrie continue the work that their daughter began through their personal advocacy and through the activity of the Rachel Corrie Foundation for Peace and Justice in Olympia, Washington. Visit www.rachelcorriefoundation.org for more information about the Foundation.

Yoko Ono, the Corries, and other LennonOno Grant for Peace recipients participated in the annual lighting of the IMAGINE PEACE TOWER on the island of Viðey in Iceland, 8pm local time, October 9. Ono urges people worldwide to join her in spirit as she lights the IMAGINE PEACE TOWER in honor of all activists - past, present, and future - and to let the power of light become a collective expression of the desire for peace and harmony on the planet.

For the LennonOno Grant for Peace 2012 announcement, and details about all award recipients, visit the IMAGINE PEACE website at www.imaginepeace.com.
10 sept 2012

Rachel Corrie's Parents Talk About Trial Against the Israeli Army

On Tuesday 11 September 2012 at 8 PM, Cindy and Craig Corrie, the parents of martyred American peace activist Rachel Corrie, speak about their lawsuit against the Israeli army and their efforts to promote the work of their daughter in struggling for Palestinian rights and a just peace.

According to the Israeli court's verdict on the 28th August, Rachel's death was not caused by the negligence of the Israeli state or army and the civil lawsuit brought by the family was dismissed.

Activist Rachel Corrie was killed by an Israeli military bulldozer on 16 March 2003 when attempting to halt the demolition of Palestinian homes in Gaza's Rafah Refugee Camp.

Additional information about Rachel Corrie and the work of her family may be found on rachelcorriefoundation.org.

JOIN for the event!

The AIC is a joint Palestinian-Israeli activist organization engaged in dissemination of information, political advocacy and grassroots activism. The AICafè is a political and cultural café open on Tuesday and Saturday night from 7pm until 10pm. It is located in the Alternative Information Center in Beit Sahour, close to Suq Sha3ab (follow the sign to Jadal Center ).

We have a small library with novels, political books and magazines. We also have a number of Films in DVD copies and the AIC publications which are aimed to critically analyze both the Palestinian and Israeli societies as well as the conflict itself.
Page: 6 - 5 - 4 - 3 - 2 - 1
Powered by