A young Palestinian died after falling in a border tunnel in Rafah in southern Gaza Strip on Monday, medical sources said.

Spokesman for the higher committee for ambulance and emergency Adham Abu-Salmia said, "The young man Moataz Mohamed Abu Jazar, 19, died due to the fall in the tunnel near the gate of Salahaddin."

He pointed out that Abu Jazar was a tunnel worker and that his body was transferred to Abu Yousef Annajjar hospital.

Two Palestinian civilian were injured on Monday at dawn during an accident at a Tunnel in Rafah city near the Gaza-Egypt borders.

Medical sources reported that the two men sustained moderate to critical wounds and were moved to a hospital Rafah for treatment. Sources in Gaza said that the two men fell inside the tunnel which casued their injuries.

The army radio claimed that all arrested 8 were on the military wanted list and were moved to army detention facilities for interrogation.
3 mar 2012

Palestinian Killed, Two Wounded, After Falling Into Tunnel In Rafah

Palestinian medical sources in the Gaza Strip reported, Saturday, that one resident was killed and several others were injured after falling into a siege-busting tunnel along the Egypt border in Rafah, in the southern part of the coastal region.

The sources identified the youth as Tha’er Madi, in his twenties, and added that the two wounded residents suffered serious injuries.

The Palestinians depend on the tunnels for their basic supplies due to the deadly Israeli siege that was imposed on Gaza five years ago.

More than 200 Palestinians have been killed in similar tunnel incidents, and more than 800 have been injured since 2006. Some of them were killed and injured due to tunnel accident, and many other were died of injured after the Israeli army bombarded tunnels while they were in them.

The siege has left Gazan hospitals and medical center out of basic and specialized supplies and equipment, an issue that has led to the death of more than 400 patients, including infants and children. Many patients died while waiting permits from Israel to cross the border for medical treatment.

An accident inside a smuggling tunnel under the Egypt-Gaza border has killed one man and injured two others, Palestinian medical officials said Saturday.
28 feb 2012

Four Egyptian smugglers were arrested and are being questioned.

Egypt wants to stop the use of underground tunnels for delivery of Egyptian fuel purchased by Palestinian authorities, and has severely reduced supply through the tunnel network, prompting an energy crisis in the coastal enclave.

On Sunday, as part of the first stage of the agreement, Egypt increased its power supply to the Gaza Strip from 17 to 22 megawatts.

The shorter-term requirement is the delivery of fuel into Gaza, but a disagreement on the route of the fuel still appeared to be pending agreement.

The Gaza government is pressing for the Rafah terminal between the countries to be equipped for fuel transfer, and is reluctant to accept fuel to be delivered via the Israeli-controlled Kerem Shalom crossing.

The government fears Israel will use control of supplies to squeeze the coastal strip.

Israel severely restricts the movement of people and goods from the Gaza Strip since it tightened a blockade on the territory in 2007.
20 feb 2012

Palestinians wait to fill containers with fuel at a petrol station in Khan Yunis in the southern Gaza Strip, Feb. 19, 2012. The Gaza Strip is experiencing shortage of fuel brought from neighboring Egypt via underground tunnels.

A limited delivery of fuel arrived in the Gaza Strip on Monday, brought in through underground tunnels from Egypt, as the energy authority director said he expects a long term solution to the widespread blackouts to be agreed with Egypt this week.

The fuel has allowed the power authority to reactivate one of the four generators at Gaza's sole power plant, the authority said in a statement.

The arrival of 300,000 liters of fuel is expected to provide Gaza's 1.7 million residents with an additional two hours of electricity per day. Since the plant shut down last Tuesday, as deliveries were severely reduced from Egypt, Gaza has had only six hours of power each day.

Egypt had earlier pledged a much larger shipment. An Egyptian MP said Saturday that Egypt would begin pumping 500,000 liters of fuel into Gaza per day for the power plant and 100,000 for gas stations starting Sunday.

But Egypt wants to stop the use of underground tunnels for delivery of Egyptian fuel purchased by Palestinian authorities, a Ma'an correspondent said.

Palestinian Energy Authority Director Omar Kattana said Monday that crisis will be resolved this week, after a delegation of energy officials returned from talks in Egypt.

Egypt has agreed to increase electricity to Gaza that comes directly through power lines on the Rafah border, and a joint Egyptian-Palestinian committee has been formed to examine how fuel can be delivered through "official channels", he said.

Despite the emergency shipment via Gaza's network of underground tunnels on Monday, Egypt is searching for alternative routes, and the Gaza government is pressing for the Rafah terminal between the countries to be equipped for fuel transfer.

Rafah currently is only fitted for passengers, and its development is restricted by an agreement between Egypt, Israel and the West Bank-based Palestinian Authority.

The Gaza government is reluctant to accept fuel to be delivered via an Israeli-crossing, fearing Israel will use control of supplies to squeeze the coastal strip. Israel severely restricts the movement of people and goods from the Gaza Strip since it tightened a blockade on the territory in 2007.

Katana said Monday that other power routes will be studied by the joint committee, including expanding the capacity of direct power lines into the Gaza Strip, and rehabilitation of the power plant, which suffered damage in Israeli bombings in 2006 and 2008.

Meanwhile, hospitals are running out of fuel to power wards and medical equipment, and running water has been cut off in many households in the Gaza Strip, a Ma'an correspondent said.
6 feb 2012 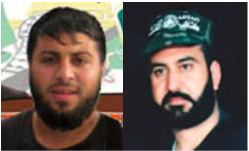 One man was killed on Wednesday after a smuggling tunnel collapsed under the border city of Rafah in southern Gaza.

Under Israel's crippling blockade, the tunnels have provided a lifeline for residents of the coastal enclave.

Egypt opened the Rafah crossing in May 2011, the only border terminal not controlled by Israel.

Medics say over 160 Palestinians have died in the network of underground tunnels since Israel imposed a siege on the Gaza Strip in 2006.
25 jan 2012

The children of the Gaza Strip will have to wait to see elephants, rhinoceroses and giraffes. For some time, though, they have again been able to admire exotic animals, reptiles, birds and even ferocious beasts, which, to their delight, have been stolen by daring smugglers and carried through the tunnels dug under the border with the Egyptian Sinai.

Set up within a spacious amusement park built on the ruins of a Jewish settlement, the Khan Yunis zoo, in the south of the Gaza Strip, gives the children from this Hamas-controlled slice of the Palestinian territories, for years sealed off almost from all sides by Israel and Egypt, the chance to see close up a selection of animals that they had previously seen only on television.

The collection also features a crocodile, a tiger, a hyena, a few monkeys, gazelles, a peacock and some pelicans. The underground transit operations to bring them across were very delicate. The animals were anaesthetised before their crossing, and as a result watched closely watch once they awoke on the Palestinian side of the border.
Its premature end, locals say, was the result of both carelessness by those who ran it and Rafah's proximity to the smuggling tunnels. At the time, the tunnels were frequently attacked by Israeli aviation, with bombs throwing the animals into a state of terror.

Many in the Gaza Strip scornfully recall the scam three years ago by the then semi-abandoned zoo in Gaza. With the zoo's last two zebras having starved to death, its officials had black and white stripes painted onto a local donkey. There will no longer be any need for such knavery in Khan Yunis. The tiger immortalised in a local newspaper with gnashing teeth seems anything but fake and, with her at least, it would appear a good idea to maintain a safe distance.
23 jan 2012

Dempsey pledges to support Israel in fighting smuggling to Gaza

Chairman of the US Joint Chiefs of Staff Gen. Martin Dempsey has pledged to support Israeli efforts to foil smuggling from the Egyptian Sinai peninsula to Gaza Strip.

The Israeli TV 10 channel said that Dempsey had described the smuggling process as very worrisome.

It said that Dempsey agreed with Israeli army officials on boosting security and intelligence cooperation to fight this phenomenon and to adopt all necessary measures in this regard.

The TV quoted the officials as expressing satisfaction at results of the visit, describing the results as “constructive”.

It pointed out that the American guest reviewed with the Israeli officials developments in the Middle East, and focused on the Lebanese Hizbullah party, Hamas, and Palestinian factions.
21 jan 2012

Two Palestinians were injured Saturday when a tunnel collapsed along the border between Gaza and Egypt, a medical official said.

Adham Abu Salmiya said the workers were moderately injured. They were transferred to the Abu Yousef al-Najjar Hospital in Rafah, which borders Egypt.
5 jan 2012

A man was killed and another injured when a tunnel collapsed under the border with Egypt in the southern Gaza Strip on Thursday morning.

Bilal Shaat, 24, from Khan Younis, died while working in the underground passage near al-Salam neighborhood in southern Rafah, officials said.

An injured colleague was transferred to Abu Yousef al Najar hospital in Rafah along with Shaat's body, they added.

Since Israel tightened its blockade on the Gaza Strip in 2007, goods smuggled in from Egypt through underground tunnels have provided a lifeline to the coastal enclave.

Under siege, Gaza's economy collapsed and a 2011 UN study found that unemployment rates in Gaza were among the highest in the world.

Gaza officials say over 160 young men have died at work in smuggling tunnels, but with a lack of alternatives many are still drawn to the hazardous profession.
Page:  3 - 2 - 1
Powered by