No Need for an IDF Press Release 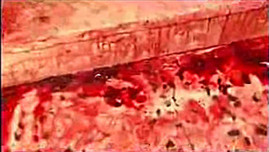 Blood Pool in the Al-Jaabari home south of Hebron

The State of Israel is a State without morals. Israel is a State of occupiers and executioners. The Israeli army (IDF) transformed Israel into a State of terrorists, criminals, drug runners, perverts and psychopaths. The mental rehabilitation organizations in Israel are full of IDF soldiers who seek treatment. The invented image of Israel as the moral State created by the subdued nation who came from Europe has changed.

The Israeli use of their historical past does not prevent the Europeans from expressing freely their points of view about Israel. The new European generation believes that Israel is a State of occupation which threats the stability of other countries. On Nov.2, 2003, The Guardian of London wrote that, in a survey conducted for the European Commission, 60 percent of Europeans regard Israel as a threat to the world stability. The result of this survey caused a huge reaction in Israel, which in response (as always) hurled accusations about “an increase in Anti-Semitism” in Europe. Finally, the Europeans consistently regard the US, the strongest ally of the Israeli State, as the biggest threat to world stability, according to an article in the Financial Times of July 1, 2007.

The barbaric activities of IDF soldiers in the Palestinians cities changed the international public opinion, not only in Europe itself, but all over the world. The mask of pseudo-morality which the Jewish State wears, has failed. The IDF spokesperson, the Israeli military censorship, and the Zionist lobby around the world do not have enough power to control the international media and the Internet. The world has changed. The new communication technology provides the people with all the information they need: no need for IDF press releases, no need for IDF military Press office at Beit Agoron, no need to bribe foreign journalists and offer them hotels and connection facilities in the West of Jerusalem to mislead the world public. Today, the people can read, see and reach the truth without the interference and the disturbance of the IDF and their bribed journalists.

The IDF is always shown in their press releases as “merciful”, “sympathetic” … as soldiers who are the “poor and defenseless victims of Palestinian terrorists”. The IDF soldiers shoot and kill children, old men and women … in their houses, and the IDF spokesperson says that the IDF soldiers “were in danger because the terrorists attacked them”. It is always like that, the lies are always the same.

The question is: what is the IDF were doing in the house of the terrorists? Why do they kill unarmed women, old men and children instead of the family? With the phrase “normal activities”, the IDF describes when their soldiers break into Palestinian homes, at midnight, at 3AM or at any other time they want, to arrest somebody or to do a sadistic “search”, destroying the house in question and shooting some members of the family in front of the children, the father, the mother, the brother … or anybody else they face, it does not matter.

The Al-Jabari Execution In Hebron
4 apr 2007

Yair Klein is “wanted” in 186 countries 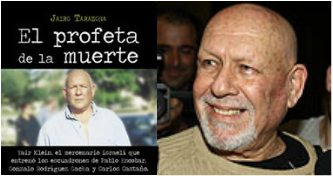 Well, it finally happened. Interpol has issued arrest warrants against three Israeli mercenaries for training death squads for the Medellin Cartel and the paramilitaries. Though a Manizales court sentenced them to jail, they were never captured.

Yair Klein, Melnik Ferri and Tzedaka Abraham were being sought on charges of criminal conspiracy and instruction in terrorism and face nearly 11 years in prison if convicted, said Oscar Galvis, spokesman for Colombia’s domestic intelligence agency.

Klein, a former lieutenant colonel in the Israeli army, appeared in a 1998 video used to train far-right squads. In 1991, he was convicted and fined US$13,400 (€10,030) by an Israeli court for selling arms to Colombia’s illegal groups.

Klein also spent 16 months in a Sierra Leon prison for his role in a guns for blood diamonds deal.

He said he was originally hired — with the Colombian Ministry of Defence’s blessing — to organize security for the banana industry in the northern region of Uraba.

Many of his students went on to carry out some of Colombia’s most brutal massacres.

Klein said, however, that “they were not trained to kill, only trained to defend themselves.”

According to Caracol Noticias:

Yeah. They had forgotten him until a national network broadcast an interview with this criminal. Well, maybe this time he gets caught. Well, maybe he won’t go to prison. Maybe he keeps his word… didn’t he say he would destroy FARC? Go ahead, do it, with your bloody mouth!!!

The Ynetnews added that the three Israelis, Yair Klein, Melnik Ferri and Abraham Tzedaka are wanted for charges of criminal conspiracy, and instruction in terrorism. If convicted, they could face 11 years in prison.

The statements were made by a spokesperson of the Colombian Domestic Intelligence, talking on condition of anonymity.

Also, the three Israelis are accused of helping set up training camps in order to train private armies working for drug lords Pablo Escobar and Gonzalo Rodriguez Gacha. The camps are meant to train the mercenaries about explosives, car bombs and high-profile killings, the Ynetnews added.

One of the accused Israelis, Klein, appeared in a video filmed in 1998. The video is used to train far-right squads.

The Ynetnews also said that Klein spent 16 months in a prison in Sierra Leon for his role in what is known as "gun-for-blood" diamonds deal.

Klein was interviewed in Israel by the Carocal TV in March, and denied that he ever worked with the cocaine cartels, but said that he trained far-right death squads on methods to eliminate leftists insurgency, the Ynetnews said.

According to Klein, he was originally hired with the blessing of the Colombian Defense Ministry. His job was to organize the security of the banana industry in Uraba region.

Many of the mercenaries he trained carried some of the most brutal massacres in Columbia.

Bur Klein argues that these squads are not trained to kill and that they are trained to defend themselves.

Also, Escobar is behind bringing down airplanes, detonating police headquarters and offered his army of assassins a set rate for the killing of policemen, the Ynetnews said.

Israeli Ynetnews reported on Friday night that a former Egyptian prisoner of war said that he witnesses Labor member of Knesset and the National Infrastructure Minister, Benjamin Ben-Eliezer, killing two captive Egyptian soldiers during the 1967 war, for drinking water without his permission.

The Gulf News Website reported on Friday that the former Egyptian soldier, Ameen Abdul-Rahman, stated that he was captured by the Israeli soldiers during the 1967 Mideast war. He stated that after the war started on June 5 1967 in central Sinai desert, he was taken prisoner in Al Husna in Sinai.

Abdul-Rahman served in the reconnaissance corps of the Egyptian army. He said that “it was very hot at that time, and the captured soldiers were very thirsty, adding that Israeli soldiers ordered the captured Egyptian officers to gather near a water tank to drink from it, but when they did, soldiers executed them using machine guns.

Abdul-Rahman stated that Egyptian soldiers, including himself, were detained in a makeshift camp surrounded with a barbed wire fence.

He stated that after the captured soldiers could no longer handle the thirst, he collected that shoe laces from his colleagues and made a long rope which he tied to a military boot.

“I used this technique to bring water from a nearby ditch, but the soldiers noticed and took us to their commander who was Ben-Eliezer”, Abdul-Rahman said, “he spoke Arabic in an Iraqi dialect”.

“He shot an Egyptian military commander and a soldier for arguing with him over the water”, Abdul-Rahman added, “I survived, miraculously”.

The case of the slain captured soldiers was raised after Israeli TV aired a documentary that stated that a battalion under the command of Ben-Eliezer killed 250 Egyptian soldiers after they surrendered to the Israeli forces.

Following the report, several Egyptian members of parliament called on their government to cut its ties with Israel.

Ben-Eliezer was planning to visit Egypt but had to cancel his trip over fears of being arrested for war crimes after the documentary was published.
9 mar 2007

Egypt warns of arrest of Ben Eliezer if he enters country

Following a documentary film about the Israeli military “Shaked” unit, which is believed to be responsible of killing 250 surrendering Egyptian soldiers during the Six Day War in June 1967, Egypt warned on Friday that the Israeli Infrastructures Minister Binyamin Ben Eliezer, who was in command of the army during the war, would be arrested if he enters Egypt.

Egypt said that it holds Ben Eliezer responsible for the death of the 250 Egyptian soldiers who surrendered to the Israeli army during the war.

Egyptian Member of Parliament, Mustafa Bakri, said in a Friday interview with Kul Al Arab newspaper that Egypt “demands that these murderers and war criminals be brought to an Egyptian court”.

Bakri added that Benjamin Ben Eliezer and every Israeli soldier and officer who was involved in this slaughter of the Egyptian captive soldiers must be brought to justice.

Ben Eliezer was planning to visit Egypt but had to cancel his trip after the hour-long documentary was broadcast on the Israeli TV Channel 1 last week.

Ben-Eliezer canceled his trip to Cairo in the wake of the storm created by the hour-long film, called Ruach Shaked. It shown on Channel 1 last week as an eyewitness testimony given to him as he set about telling the tale of the unit, which patrolled the southern border from the mid-1950s to the mid-1970s, Israeli online daily, Jerusalem Post, reported

Meanwhile, the Egyptian parliament will hold an emergency session on Saturday to discuss the response of Shalom Cohen, the Israeli Ambassador to Egypt.

Cohen met on Wednesday with the head of the Israel department in the Egyptian Foreign Ministry, as was requested, to provide explanations on the content of the documentary film.

Also, the Israeli Radio reported that several Egyptian members of parliament submitted proposals to cut ties with Israel and to expel Cohen from the Cairo department.
8 mar 2007 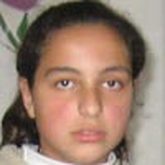 Israel Defense Forces soldiers used an 11-year-old Palestinian girl as a "human shield" during an operation against militants in the West Bank town of Nablus last week, an Israeli human rights group said on Thursday.

The IDF said it was checking the information from the B'Tselem group, which monitors Israeli actions in the occupied territory. Israeli law bans the military from using human shields.

B'Tselem said the girl, Jihan Daadush, told its interviewers that IDF soldiers had entered her family home and questioned her and her relatives about the whereabouts of gunmen who had fired at them during the raid.

The soldiers, she said, threatened to arrest her unless she led them to a nearby house.

B'Tselem said Jihan told them the soldiers shone flashlights and asked about the rooms of the house. There was no mention in the report of whether troops found militants inside. The girl said two soldiers then returned her home.

"[One of the soldiers] told me, 'Thank you, but don't tell anyone,'" the girl said, according to B'Tselem. "I was afraid they would kill me or put me in jail. I am still afraid the soldiers will invade the city again and take me away."

B'tselem also said the army had used a 15-year-old Palestinian boy and a Palestinian man for a similar purpose during the five-day raid of Nablus, a militant stronghold.

The IDF ended the operation on March 1. During the incursion, troops shot dead a Palestinian civilian who had observed the raid from his rooftop. Soldiers also detained 11 suspected militants.
Page: 2 - 1
Powered by